The other day, I built an online version of the census data design I made for the playa. For the site I used map tiler application to create a custom tile set

We’ve just returned from the desert. In the lead up to this year’s burn I designed the 2010 Census Data for a display on the playa. After 6 years of burning man I find my interest focusing on the long term relationships that exist on the playa. While Burning Man celebrates impermanence, there is striking continuity on both a infrastructural and social level. For instance our camp is known as Cam Neighbor Camp, a name given its name by our multiyear neighbors Fruits n Nuts. Fruits n Nuts is part of a village known as Hushville, Hushville organized by a core group of “playa” friends that go back to the late 90s. With 50% of black rock city’s population being first time burners this continuity is often missed.

The census data was printed as a tryptic set of posters. I’m hoping to have time to do an online version. The data represented covers topics from gender to income, the census seems curiously devoid of political questions. I would guess that the dominate political affiliation of burning man would be libertarian, falling in line with the rhetoric of radical self reliance and expression.

Look at the other details of the census data design 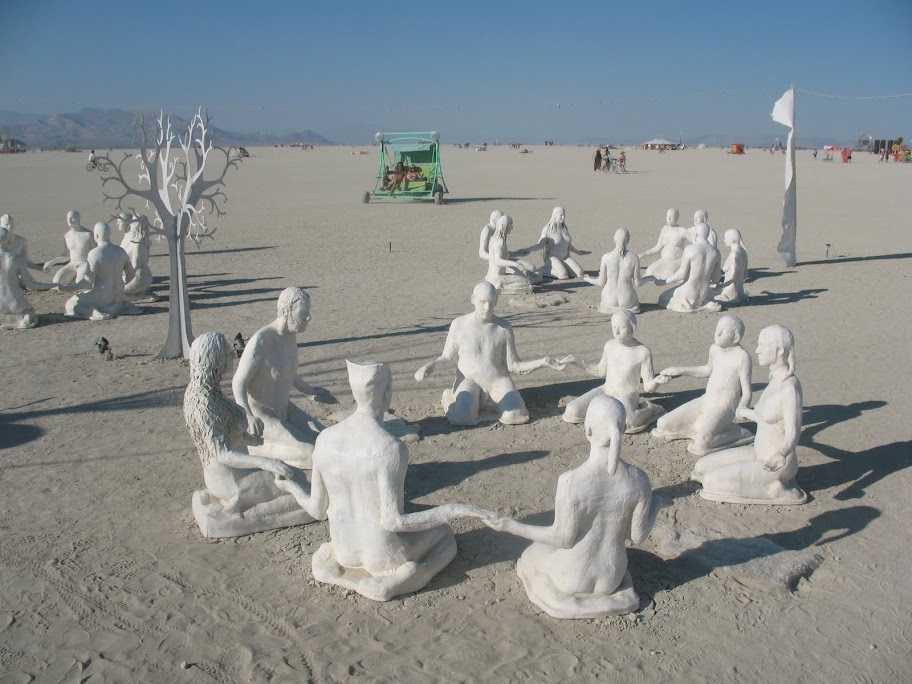